5 Things a True “Muni Expert” Would Say About Municipal Defaults

“An Expert is a person who avoids small errors while sweeping on to the grand fallacy.”  - Steven Weinberg

Lots of people are looking for a “muni expert” to tell them either all will be well in muni-land or if in fact the sky is falling. Ms Whitney and others, usually with less experience in the municipal market, have tended towards the latter, while the rating agencies and an increasing number of hedge funds and smart money seem to be saying “buying opportunity.”  If there were such a thing as a muni expert and I'm not playing one here or on TV, here are 5 things she would tell you:

This should be obvious but some people seem to forget it. Extreme events are by definition rare and as a result, not usually well understood. If they were common and well understood…they 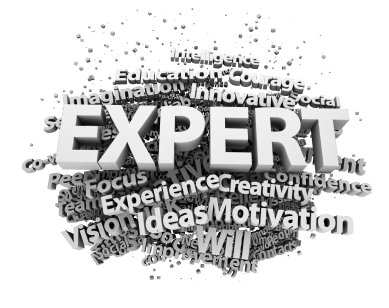 would no longer be called “extreme.” The level of structural gaps in state and local budgets is currently extreme. The usual strategy of “weather the slowdown and wait for the economy to bounce back”, isn’t working this time around. Hope as a strategy is increasingly ineffective. That said, anyone that says with confidence that because of this reality, municipalities will suffer 100x historical default experience doesn’t understand munis.  A number of the reasons follow.

Yes, the disclaimer in any registered investment that says, “Past performance is not an indicator of future results” is duly noted. However, the fundamental characteristics of states and municipalities as going concerns who usually feel very strongly they must pay their bills are relevant to the current analysis and any predictions about defaults. These are fundamental features and characteristics of states and local governments and that history is extremely relevant.

The problems that led to investor flight from the RMBS and asset-backed markets generally are numerous and I won’t even attempt to list them here. They’ve been thoroughly described by others, in some cases very entertainingly. To compare that market to the municipal bond market is simply inappropriate and shows a deep lack of muni ‘expertness’.

Unfunded pension liabilities are a large and real structural problem. In the very cruel budget calculus that’s going on at the Federal level on down (sorry Calculus, I know that’s deeply insulting to you…), winners and losers will be chosen by elected officials working with budget managers. But if it’s a choice between a permanent scar in the capital markets due to a bond default and deeply unhappy pension beneficiaries (current and former municipal employees), large states and municipalities will generally cut the pensions. This is an opinion, but it’s an educated one. There will be outliers – budgets haven’t been this difficult in decades, but this will be the rule.

5. Market Discipline is Real and Big Issuers Get it

Right or wrong, at the highest levels state and local government finance officials listen to their public finance investment bankers and advisors. What they hear is that going down the road of default could close off access to capital markets for years not to mention the millions in legal costs. It is an absolute last resort and to be avoided if there is any reasonable, practical alternative: slashing services, raising taxes, cutting pensions, whatever. These things have only begun to play out. In the majority of cases they will happen well before a real threat of default.