Public Finance and the 2nd half of the Technology Chessboard

“Exponentials can’t go on forever, because they will gobble up everything.”  - Carl Sagan

Over the holidays I read a book called The Lights in the Tunnel: Automation, Accelerating Technology and the Economy of the Future which compellingly argues technology is fast moving into the second half of the proverbial chessboard. Recall the brain teaser about solving for the amount of rice you’d have if you start with one grain on the first square of a chessboard, and then doubled it for every successive square. By the end you’d have 2^63 or 9.2 quintillion (10^18) grains of rice, roughly equivalent to a rice mountain the size of Everest. It’s a striking example of the power of exponential growth and one that many find un-intuitive. 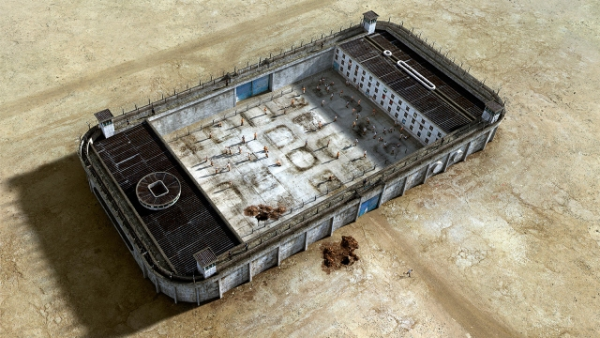 But this story has an analogy we’re living through with technology today. Let’s generalize Moore’s 1965 “Law” a bit and say computing power has and is still doubling roughly every 2 years. With this happening since the early 70s, that means we’ve “doubled” our compute power around 20 times or so. These advances have led to some pretty significant inventions including personal computers, the internet, and smartphones. But the first half of the chessboard isn’t really where the action is. Getting to the halfway point causes some meaningful growth, but nothing compared to what happens in the second half.  And obviously going from square 4 to 5 is very different than going from square 34 to 35.

The popular WSJ article title, Why Software is Eating the World, by Netscape’s founder Marc Andreeson eerily echoes Sagan’s quote above. Occupations and industries are indeed getting eaten and though I risk departing from the relative safety of public finance topics, our current trajectory has profound ramifications for our society, economy and certainly public infrastructure.  Below is a quick survey of a number of industries or occupations and what’s heading their way.

It’s been said that traditional classrooms are set up to transfer the notes of the teacher to the notes of the student without going through the brain of either. Khan Academy, edX (MIT and Harvard) and the new public education competitor to edX, MOOC2DEGREE, are all moving towards radically changing how we assimilate information, and what we pay for the privilege. $200,000 for four years of college's adult childhood to get a degree is not feasible or prudent for a lot of people today. It will change.

Virtual doctors providing a probability ranked list of your likely illnesses in response to symptoms plus a bevy of remote monitors, diagnostic devices, and medical mini-apps are among a long list of technologies that will make every hypochondriac rejoice. But more importantly these will fundamentally change healthcare delivery and its cost structure.

A portfolio manager friend of mine about 15 years ago said, “The next job after trader is lawn mower.”  Guess he didn’t see automated lawnmowers coming. In all seriousness software (in high frequency and algorithmic trading, electronic exchanges, etc) are eating finance jobs at an alarming rate. I also guarantee we don’t need a lot of people getting paid $500k/year or more visiting Manhattan office space daily in order for our economy to efficiently allocate capital. This sector is now largely a vestigial tail which still exists due only to history’s profound path dependence.

An online Economist article last month called Rise of the Software Machines details development at a company called IPsoft that has a virtual service-desk employee called Eliza who’s handling 62,000 calls a month for a US media giant, two thirds of which require no human handling. Outsourcing is one step removed from automation and unfortunately for China and India, that will become very evident over the next few years.

E-discovery software has been around for a few years now, putting lots of budding legal associates out in the cold, but technology is moving way beyond that. Software now predicts case outcomes based upon databases of case law. Lex Machina is one such project. Handling language is hard, but the legal profession is one large, well-paid target. Slate has a whole series on automation replacing jobs but one article is focused on law.

The perhaps unappetizing safety job for many in the economy has been food service. A company called Momentum Machines now has a robot burger machine that can make up to 360 burgers an hour in just 24 square feet of space, complete with freshly sliced tomato, pickle and the customer’s selected mix of meat (1/3 pork and 2/3 bison? No problem). Momentum Machines estimates they could save around $9 billion a year industry-wide, the savings on which could be spent on better ingredients. Listening MickeyD?

Recently there’s been a spate of articles on self-driving vehicles. Google’s been testing one since 2009 and Toyota and Audi are adding enhanced safety features that are increasingly taking over or augmenting the role of driver in emergency situations. No regulations exist that provide for autonomous vehicle testing or driving but a number of states are enacting such laws now. One of the bumps in the road is determining liability in a crash when there’s no human driver. Fully automated driving is in our near future and the repercussions are massive. My question is, what does the software do when faced with hitting a child or swerving into a telephone pole? Tough code to write and a question the developers probably didn’t cover in their computer science training…

Ever since a public finance class in college I’ve been intrigued by the concept of an externality. What occurs to me, as we move into the 2nd half of the technology chessboard, is that unemployment or underemployment may be a new type of externality which is now arising as a byproduct of firms simply following Smith's invisible hand. Technological unemployment could be considered a type of pollution that needs to be monitored, measured, and managed, perhaps even taxed.

What is certain is that our economy doesn’t function without the participation of a solid majority of consumers. If huge chunks of average work done by a large portion of average workers are best done by software/machine/robot in the very near future, many of those essential consumers won’t have income, which means they can’t function as consumers. And their demand will fall long before actual employment drops. Through the magic of expectations demand will contract as soon as prospects for the future look sufficiently bleak. So how are you feeling today?