“Everything should be made as simple as possible, but not simpler.”   - Albert E

Recently the Bondbuyer published an article called Spread(ing) Confusion which stays sadly too true to its title. It describes at a cursory level (referencing fundamentally flawed research) how to take standard 10 year callable muni curves and derive non-call curves. This process enables budding muni financial engineers to delude themselves into thinking they have nice, clean, “fair”, non-call muni curves to feed into their over-simplified option pricing models.

This article details some of the insurmountable problems with this approach, and the serious risks of oversimplifying reality. More detailed research can be found in The Right and Wrong Models for Evaluating Callable Municipal Bonds. For fixed income participants more generally, the excellent What Interest Rate Models to Use? Buy Side Versus Sell Side is a must-read.

The fundamental problem with using 25+ year-old, warmed-over corporate bond analytics for municipal bonds rests in the complex nature of the muni optional redemption feature. Over 90% of the municipal market is fixed rate, and the majority of these bonds have an optional redemption feature. As any experienced municipal market participant knows, this is no standard bond option. For a few of the gritty details see Why Corporates don’t get Munis – It’s Refundings, Stupid.

In the Bondbuyer “Confusion” article, the author cites research called “What Makes the Municipal Curve Rise” to detail the process of deriving a non-call curve. Unfortunately, that research didn’t have the benefit of It’s Refundings, Stupid before it was written. In it, you’ll find this:

Let's ignore the fact that research in the last decade has repeatedly shown the lognormal assumption for rates is mediocre at best. Let's also ignore the fact that to "price the option" in this context means we can hedge it, and ask any dealer how hedgeable their muni book is. Those little 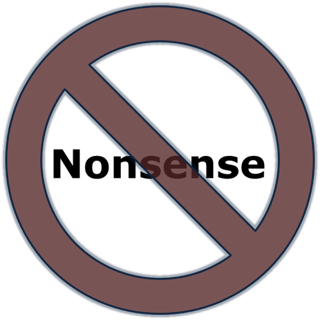 trivialities aside, this is a magnificent result. Not only can we explain the entire muni market with a single parameter, it doesn’t even need to change – per the article just use 15%! All the complexity of muni callables,  from the issuer’s views on the (actually callable) refunding yield curve, to the SLGS/US treasury curve where issuers invest the proceeds, to the dozens of different refunding criteria municipal issuers use, to bonds with all manner of  different tax treatments and refunding eligibility – all boiled down to a single number...that is fantastic! It doesn’t get much more emotionally satisfying than that.

Of course, it is also complete and utter nonsense. Anyone who’s been a public finance professional (like I have) and participated in hundreds of meetings with issuers to decide what and when bonds get refunded, knows quite well no single number will do justice to this phenomenon; the proposition is ludicrous.

And this isn’t just a benign oversight. This degree of financial modeling hubris in the face of real-world complexity is dangerous; it appeals to the worst of our behavioral biases. If enough people “buy-in” then a market’s tendency to herd can come into play: great for someone selling "standard" models, but awful for those managing real-world risks. And this is a movie we’ve seen before; it’s not a new plot.

Perhaps the most infamous time an oversimplified and inappropriate model was jammed down an insufficiently skeptical market’s throat was when David Li’s Gaussian copula model was used by dealers, investors, and ultimately even rating agencies. In that case, the complexity of CDOs, backed by large pools of assets, was boiled down to another single, simple parameter: the correlation. In the Gaussian copula case, the quantitative kool-aid was further spiked by a deep desire by dealers to book trading revenue entirely up-front. There’s an excellent piece of research detailing the market's evolution on use of copulas here: ‘The Formula That Killed Wall Street’? The Gaussian Copula Model and the Material Cultures of Modelling. A more condensed treatment was published in Wired. As you know, this movie had a pretty unhappy ending…see 2008 Financial Crisis.

Interestingly, the parallels to our muni situation don’t stop there. Where did David Li publish his infamous article detailing the Gaussian Copula (over)simplification that contributed mightily to massive and misunderstood risk-taking before the Crisis? The Journal of Fixed Income. Yes, the exact same editors who liked the Gaussian Copula handiwork also felt “What Makes Muni Yield Curves Rise” was a path breaking bit of financial insight as well.

What is perhaps lesser known is that some of the largest and most sophisticated muni dealers have been recently working on muni callable models of their own. And are these models based on decades-old “industry standard” bond option pricing models resting on no-arbitrage foundations? Of course not. That would be a fundamental misapplication of financial theory, but also wholly misleading when it comes to understanding real options in a nuanced municipal market.

In fact, these new models are based on far more complex (read “realistic”) models of asset-backed securities that have prepayment risks. And this is the only productive direction for the future; developing and calibrating realistic models for refunding behavior, the “prepayment” of the muni market. It is refunding behavior that ultimately drives interest rate, credit, and even tax risk for callable muni investors.

But modeling issuer refunding behavior is hard. How is it impacted by issuer size, sector, advance refunding eligibility, codified refunding guidelines, fiscal distress, etc.?  Clearly, this is no simple task. Then again, neither was building a car that drives itself. Call me an optimist, but given the combination of computing power and municipal data now at our disposal, I think it can be done (and most of it already has).

Financial modeling is serious business that’s developed significantly since the Financial Crisis.1 The difference between risk-management and performance measuring, real-world models (appropriate for munis) and no-arbitrage option pricing models (entirely inappropriate for munis) has come into much greater focus. The enormous losses incurred in the Crisis through the overzealous use of oversimplified models also lead Paul Wilmott and Emanual Derman (of Black-Derman-Toy option model fame) to pen the Financial Modeler’s Manifesto:

Municipal advisors, in light of current MSRB rules, would do well to abide by these commitments. The BondBuyer “Confusion” article regrettably falls short on all counts. Referring to some in the muni market who’ve succumbed to using inappropriate option pricing models to create a mythical muni OAS, the author indulges in mistaken self-righteousness, “Better late than never.” When it comes to quantitative whitewashing of complex, real-world financial dynamics, “better never.”

1Some of John Hull’s recent research (co-author of the famous Hull-White bond option model) is but one example.