Issuers BEWARE: Tax risk is NOT in LIBOR Swaps!

The other day I was perusing the swap notes in the financial statements of a big city I won’t name. In it I found a statement in the section on swaps:

“(6) Tax Risk. The swap exposes the City to tax risk or a permanent mismatch (shortfall) between the floating rate received on the swap and the variable rate paid on the underlying variable-rate bonds due to tax law changes such that the federal or state tax exemption of municipal debt is eliminated or its value reduced.”

I couldn’t disagree more and I’m not just being disagreeable – this is flat out wrong and it’s screwing up the issuer’s financials and potentially exposing them to legal liability. The City’s LIBOR swaps absolutely do NOT expose the City to any new tax risk. The tax risk sits in the VRDBs irrespective of whether the interest rate risk is hedged with a LIBOR swap or not. Here’s an easy example that proves it… 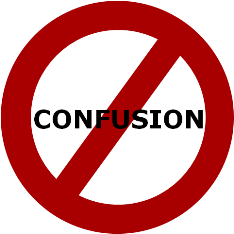 trading at 3% with zero support costs. Let’s further assume LIBOR is at 5% which means this VRDB is trading at 60% of LIBOR. If we look at an environment where the US moves to a value added tax and the preference for tax-exempt income goes to zero, ceteris paribus (my Latin teacher would be so proud), those VRDBs will start trading at 100% of LIBOR or 5%. This is a 2% increase in cost.

Notice that each situation both with and without the swap show a 2% increase in cost! So can someone please explain how the “swap exposes the City” to something called “tax risk”? Of course it doesn’t. The VRDBs have the risk; the swap is utterly irrelevant.

If there’s going to be a note on tax risk, the revised and corrected version should be:

“(6) Tax Risk. The interest paid on variable-rate bonds issued by the City is impacted, in part, by investor preference for income that is exempt from federal or state tax. Therefore a change in tax law that eliminates or reduces the value of this exemption may increase the interest expense paid by the City on these bonds.”

Frankly what these financials succeed in accomplishing is exposing the City to legal liability due to poor and inadequate disclosure. As we can see, the reality is that all VRDBs contain “tax risk.” So the fact that this disclosure is limited to only swapped VRDBs is flat out wrong and actually understates the possible impact of a tax law change because it ignores the City’s other bonds.  With the SEC making noise about municipal disclosure quality, auditors better start understanding what they’re doing and issuer’s must beware of this type of inaccuracy.